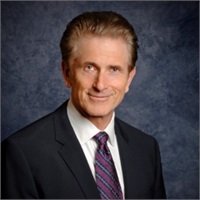 Independence Planning Group was started by Daniel Linehan in January of 1987. Dan grew up in London, England and moved to America to attend college at the College of Charleston, South Carolina on a full tennis scholarship. He received his Bachelor of Science degree at the College of Charleston and started his financial services career in October of 1980. He joined The Guardian Life Insurance Company of America with a scratch agency in 2002 and by the end of that year, his Agency received the National New Agency Recruiting Award and the New Agency of the Year Award.

Previously he worked for Franklin Life Insurance Company, where he was the leading sales associate out of a sales force comprised of 3,000 sales associates. He went on to become a Vice President in that company’s Home Office. It was not until 1987 that Dan decided to start his own agency and formed Independence Planning Group.

Independence Planning Group has received numerous industry and company awards throughout the years including the Master’s Award in 1990, 1991, 1992, and 1993, the Regional Award of Excellence by being the number one Agency in 1993 and has been recognized by GAMA as a Master Agency in 1991, 1992, & 1993, signifying that they are one of the industry’s premier firms, received the National Management Award in years 1994 through 2002, and achieved Platinum level in 2003 & 2004. He received the International Management award in 2005, Diamond Level in years 2006 through 2014.

Dan currently holds the CLU® and ChFC® designations. He spends most of his time working with and advising associates on their growth and development and as President is chiefly responsible for guiding the firm’s long term planning and corporate vision.

Dan devotes much of his free time to serving the industry and the community. He has served on several charitable boards and is an active member of GAMA International and NAIFA.