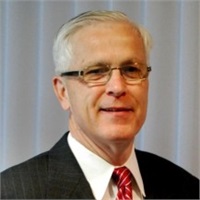 Ken Kovalik, Financial Professional and Registered Representative, has been with Guardian and Independence Planning Group since 2009. After graduating from Wheaton College with a degree in Economics, Ken worked for over 25 years with ServiceMaster Management Services, from which he retired as Executive Vice President at which time he was responsible for all sales, operations, and support for the northeastern US and Canada for all of ServiceMaster’s healthcare and education customers, totaling over $400 million managed revenue, 700 managers, 360 institutional customers.

Since joining Independence Planning Group, Ken received Guardian’s Client Builder award in 2009, he was IPG’s New Associate of the Year in 2009, he was the Top New Financial Representative from Guardian’s Career Kickoff School held in April 2010 and he qualified for Guardian’s Leaders Club in each of his first 3 years.

Ken also serves as a member of the Board of Directors of Greater Europe Mission and Vision Quest Alliance, both based in Monument, Colorado, and on various committees at his church in Newtown, PA.

Ken and his wife, Ann, live in Jamison, PA and have three grown children and six grandchildren. His personal hobbies and interests include jogging and golf.