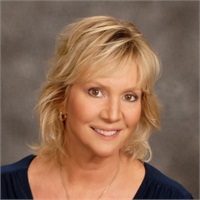 Patty Picardi was born, raised and currently resides in Pennsylvania. She graduated with a BBA with honors in Finance and a minor in Economics, from James Madison University, in Harrisonburg, Virginia, where she also was swept off her feet by her husband of 28 years, Kenn.

Upon her college graduation she joined her father’s 2nd generation insurance practice and specialized in personal financial planning as well as the 403(b) retirement market. In 2002, due to unfavorable corporate mergers and acquisitions, Patty collaborated with some other advisors in her region and formed the Independence Planning Group of Guardian under the leadership of General Agent Dan Linehan. Patty owns one of IPG’s 8 satellite offices which is located in Pottstown, PA.

Over her tenure in the insurance and financial services industry, Patty has obtained her CLU and ChFC designations. She is series 63 and 7 licensed and is a member of NAIFA, where she has served as President and Treasurer. She is also a member of WIFS. She has been awarded NAIFA’s Quality Award, MDRT’s Court of the Table Award, and was inducted into WIFS Leader’s Recognition Society. She has also served on Guardian’s Women’s Advisory Board, the Foundation for Pottstown Education, the Greater Pottstown Tennis Association, and is a current elder, Clerk of Session, and endowment chairperson at her church. Patty earned many awards with her prior company and has also been named as a 5-Star Wealth Manager by Philadelphia Magazine in every year since 2010, is featured in the American Registry as a top 5% Financial Advisor, and was awarded by the YWCA with the 2009 Woman of Excellence in Business. She has been a member of Guardian’s Leader’s Club since joining the company full-time in 2003 and is a PAS Top 100 Advisor.

Patty and Kenn have two sons: Devin who was recently married to Mia and who is an architect in Greenwich, CT, and Alec, who works with Patty as a 4th generation financial advisor. Patty and Kenn are both very active in their local community and enjoy biking, skiing, making wine, playing competitive tennis, traveling, gardening and making great meals at home (to go with that wine).

Her busy practice currently houses 5 advisors, an office manager, and a client service manager. IPG focuses on the creation, distribution, and protection of wealth while providing uncompromised service, integrity and professionalism. The practice prides itself on being a valuable community partner by sponsoring numerous local non-profit and charitable organizations.